The last month of the year usually brings a number of “Best of” articles from across the Web, and this year is no different. Several of my choices for December’s compilation include these kinds of posts, along with a look at how law firms can best leverage social media (no, really!), social listening, and some Back to Basics thoughts!

This list is nowhere near comprehensive, but as you look for ways to enhance and evolve your digital marketing, consider these benefits….including:

Your web developer (I hope you have a really good one!) is the pro at getting your site the way it needs to be for your business. Go over these common mistakes yourself before you jump into it with your web folks, and make sure you are studiously AVOIDING these! END_OF_DOCUMENT_TOKEN_TO_BE_REPLACED

November allowed us all a chance to be Thankful, and then take a deep breath as we dive into the pre-Christmas / New Year period. Depending on your business, this may be the best and most hectic time of year, or things may cool down a bit while your customers work out their plans for 2019. This months’ “Best Of…” articles cover some important pieces to get right when using ads on Facebook, honing your LinkedIn presence, some recommendations for video-editing apps (since video is on your content list for 2019, right?), and several other goodies for you!

Of course, you don’t just slap something together, point it at your credit card and hit PUBLISH, right? Pause for a moment and go down this handy checklist, and your success rate is likely to improve….

END_OF_DOCUMENT_TOKEN_TO_BE_REPLACED 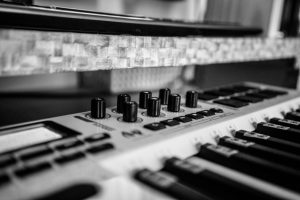 I have been casting about for a long time for someplace to focus my creative energies away from day-to-day and toward an endeavor that feeds my soul. I have tried a few different ones over the years, including some obvious ones, like:
What I found out about each of these is:
This leaves what should have been an obvious choice for me: music.
Although my parents didn’t play instruments, I grew up in a household that had music playing nearly all the time, and in which I was encouraged to play and explore. I started baritone horn lessons in fifth grade (our school district had the band directors giving weekly private lessons to every band student throughout the school year, which was a HUGE advantage…) and had decided that I wanted to be a musician by the time I was high school junior. I composed my first piece of music for a small jazz group at that time (it is entitled “Clams“, a nickname for a missed note when you play….seemed appropriate!), and haven’t really stopped composing in one form or another, ever since.
…However, the technology, broadly defined, has rocketed along. My early days as a composer / keyboardist had me using a Wurlitzer electric piano enhanced with a phase shifter, ring modulator and wah-wah pedal, recording to cassette recorder via a single microphone. Today’s default for a lot of composing is a DAW (Digital Audio Workstation) of some kind, a controller (maybe…) and a lot of computer-focused work. This isn’t necessarily  a bad thing, but the shift from analog to digital changes a lot of concepts in approaching composition, and I have other ‘legacy’ equipment (synthesizers, sound modules, sequencers and the like) that I hate to leave in the box, as I feel there is a lot to be gained by incorporating them all into the compositional mix, and the sounds are more authentic to what I hear in my head than many of the virtual sound modules I hear….also, the sounds that I hear reflect the talents of the numerous monster players I’ve had the pleasure and privilege of playing with over the years, and no virtual module can model them. It is a dilemma….
Nonetheless, I am excited to dig into the new stuff, incorporate the older stuff, and see what I can come up with. It is nice not to have a driving timeline to be pushed by, other than my internal desire to get what I hear in my head out into the world in a  way that sounds more and more like what I’m hearing. As I remarked to someone yesterday, I was able to create a short tune last week that that sounded only moderately spastic instead of remarkably bad, which is progress!
This part of the journey is proving to be more fun and a bigger challenge than I was expecting, which calls me further into the journey.
Yeah, this is what I have been looking for…

For me, October has always been the lead-up to the mad dash into the holiday season, kicking off with Halloween and charging forward from there. We have your holiday plans and processes for your business in place (I hope….) and are executing on them. There’s ALWAYS room to gain a bit more insight into what you can do better (or stop doing, if that’s the case..) when it comes to your digital marketing efforts. This set of “The Best Of…” articles is selected with those objectives in mind. Enjoy , along with some of that left-over candy you have lying about……

Sometimes you make a little mistake online, and your customers and audience “forgive” it….however there are some things that you should avoid at all costs. Here are twelve of them…..

END_OF_DOCUMENT_TOKEN_TO_BE_REPLACED

September brought more content about social media and website success, and how to keep up the continuous improvement process that is your business and your own professional growth!

Every single one of these mistakes is avoidable AND crucial to a vital social media presence for your business. Knowing WHAT NOT TO DO is just as important as knowing WHAT TO DO!

END_OF_DOCUMENT_TOKEN_TO_BE_REPLACED

Well, summer’s ALMOST a “wrap!” Being stuck inside for the “smoke-storm” here in the Seattle area this past month (“cough, cough….”), I got to spend a lot of time online gathering the best articles for you all. You will note they don’t focus on a particular platform or service, but more so on social media overall, content, and how small businesses best grow engagement online.

The fact that you probably don’t have full-time staff to manage your social and digital media marketing doesn’t need to hamstring your effectiveness. Right-sized resources (especially time..) and the right kind of assistance can really help you get your efforts to pay off. This article hands you so top level tips to implement, and you don’t even have to stay up all night!

END_OF_DOCUMENT_TOKEN_TO_BE_REPLACED

I was asked recently to be interviewed on a podcast (of and for entrepreneurs and business owners…) of which I have been aware and have listened to a few times. Most of my familiarity with the content and tone of it, however, derived from my relationship with one of the co-hosts, Dan Weedin. Dan is a colleague, friend and fellow Rotarian, so familiarity bred a bit of lowered attention on my part, I admit.
Dan called recently and asked me if I would like to be interviewed for the Seattle Shrimp Tank podcast. It sounded like a load of fun, so I agreed.
Some of the things we talked about include:
…and so much more. Check out the whole podcast here, and the shorter video follow-up here. We covered a lot of great questions and concerns.
If this interview brought up other questions for you about your business and professional presence online, please reach out to me and also look for some other information that’s relevant to you on my site here.