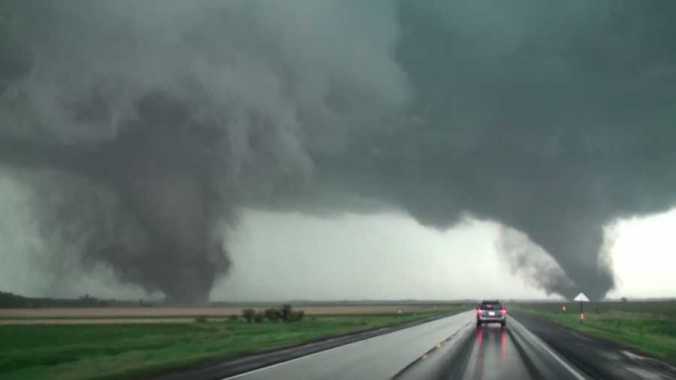 As I sat at my PC this morning attending virtual church, some of the dialogue focused on the fact that this is “Graduation Weekend” for most of the schools in our area. The pastor spoke of the different kinds of ceremonies taking place, given our isolated and socially distanced frameworks today. One thing he mentioned that stuck with me was that the student speakers used the themes of “Embracing the Storm” and “Transformed by the Storm” as their context for these significant times. These struck me in ways I didn’t really expect.
First, a bit of context (those of you who know me well know that I’m big on context and am a storyteller….). I was born and raised in Iowa, and grew up with the regular late spring and summer dangers of tornadoes. Since then I’ve lived in places where I’ve gone through super-typhoons, volcanoes and earthquakes. Still, there’s nothing like a tornado to make you feel like Mother Nature has drawn a bull’s eye on you (if you’ve ever seen the movie “Twister” you can get an idea of how personalized it can feel…). I’ve seen the inside of some pretty nasty storms, seen the destruction and felt the fear.
The big difference between any of those kinds of storms and what we are living through together now, in my observation, is that they had pretty distinct beginnings and endings (and then the clean-up could begin…). Nowadays, not so much. While we think we have an idea of where and when (and even a bit of how…) the whole COVID-19 pandemic began, we literally have no idea when, or even if, it will end (is ti going to be something that we just get a shot for every year like the flu, for instance? I don’t know…).
And, as if that didn’t throw the world into enough of a whirl, we have all the political and socio-cultural upheavals that have been boiling along for 40-60 years (and actually longer……) and have come to a head in the past 4 or 5. To lift out an obvious example, as a global concern, and especially here in America, the baked-in, systemic racism for which the death of George Floyd has served as a tipping point of awareness and anger for a significant portion of our world. These, and other, storms take our preconceptions and societal blind-spots and either blow them completely away or, at least, grind away at them to show us glimpses of Reality. Generally, it’s not pretty…
I return to my analogous experiences of embracing the storm:
That last point is the “Transformed by the Storm” bit.
Disasters have a way of breaking the points in a structure that are weak to begin with, as well as helping us to discover the unsung and previously unsuspected strengths of our communities. Transformation takes place when we as individuals, communities and societies honestly take those learned and painful bits and actually work to change and improve.
No recriminations (excepting criminality, which needs to be addressed and dealt with in a just fashion [“Let he who is without sin cast the first stone.”]). If institutions need to be created, destroyed or adjusted, do it. If ways of doing business work really well, keep and enhance them; if not, chuck them. If people and roles are “essential”, they need to treated as such all the time, not just when things go south and we need them.
We do not have the luxury of choosing when the next catastrophe will take place, or its nature.
The sooner we face the facts of our individual and collective complicity in our own inadequate and frankly disastrous existing paths of response (or lack thereof…), the better chance we have of still being on this lovely world of ours in a hundred years.